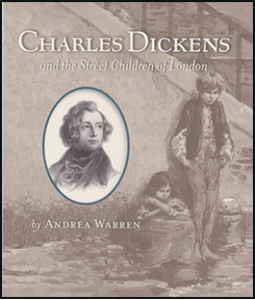 Charles Dickens
and the Street Children of London
(Houghton Mifflin, 2011)

You know me as the author of nonfiction books for young readers about remarkable children living through dramatic historical events. I’ve written about orphan train riders, pioneer children, orphans escaping the Vietnam War, young people enduring the horrors of the Civil War, and a boy who survived the Nazi death camps. All were ordinary children who became extraordinary when events in their lives demanded it. 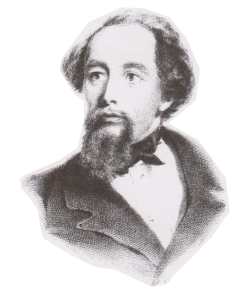 Andrea Warren did something that Oprah couldn’t do: she got me to read Dickens.

— A reader at Goodreads.com

Why would I write about someone as famous as Charles Dickens?

He too faced difficult odds as a child. When his father was imprisoned for debt, twelve-year-old Dickens had to work in a factory and care for himself. He knew he could become one of the hungry street children he saw every day in London. He had been taught that the poor deserved their miserable fate, but as one of them, he realized that they were held down by the upper classes who exploited them for their cheap labor.

As an adult, Dickens used his literary gifts to champion the poor. He wrote vividly and feelingly about the lower classes, including poor children like Oliver Twist. With calculated skill, Dickens engaged readers’ emotions, inspiring them to work for changes to better the lives of the lower classes.

Charles Dickens was one of history’s great social reformers. Once you understand how he accomplished this, you’ll read his books in a whole new way.

I hope you find his story as inspiring as I did.

What was Victorian London like in Dickens’ time, and why were there so many street children?

In the 1830s when Dickens began writing his novels, London was a huge, filthy city with many poor people living in slums that defy description (though I’ve tried hard in my book to do so). The average life span for the poor was a mere 22 years. The wealthy exploited the poor for their labor and were convinced that the poor deserved their fate. Many impoverished children were orphaned or were tossed out by parents who could no longer feed them. Some of these children ended up in workhouses, where they were almost certain to die, or they took their chances on the street.

What happened in Charles Dickens’ childhood that caused him to devote his career to championing the poor?

Though born into the middle class, when Dickens was 12 his father, who always spent more than he earned, was sent to debtors’ prison. With this event, the family plunged into the lower classes. Dickens mother and younger siblings lived with Dickens’ father in his prison cell, while Dickens was put to work in a factory and lived on his own. He said of himself during this time that “but for the mercy of God” he might have become one of the street children.

While working at the factory, he got to know the other workers and quickly realized that they were kind and good-hearted and not the debased, diseased people he had been taught they were. He vowed to do whatever he could to help better their lives.

How did he establish his career when he had almost no formal education?

Dickens was a gifted writer who developed his talent by working as a journalist. One of his early beats was covering political news outside London. He traveled by coach on primitive roads, getting to know the landscape and the people and writing constantly.

He later said that he owed his fame to this early training. His father said that Dickens was self-educated. He loved school, but because of the family’s poor circumstances, he couldn’t often attend.

Which of his novels had specific agendas to help the poor?

Hard Times spotlighted pollution in factory cities like Birmingham and Manchester and showed up close the exploitation of workers; Bleak House showed how polluted London was, and the pitiful lives of the poor in the slums; Nicholas Nickleby exposed the dire conditions in the Yorkshire boarding schools; Oliver Twist depicted the horrible conditions of the workhouses, cruelty toward the poor, and the lives of street children; A Tale of Two Cities warned the British about how close the lower classes were to bloody rebellion; The Pickwick Papers and Little Dorrit exposed debtors prison and the prison system in general; Great Expectations dissected how the upper classes treated the lower classes—and on and on.

What motivated him to write “A Christmas Carol” and why did he decide to make it a ghost story?

The British were very interested in the paranormal, so a ghost story would attract immediate attention. And of course Dickens used three ghosts, which was even better. As I mentioned earlier, he needed to make money quickly, but he also wanted to soften the hearts of the Scrooges of the world.

What did the various classes think of Dickens? Was Queen Victoria friends with him?

The lower classes loved him and revered him and considered him their spokesman. They knew he sometimes made fun of them, but he was just as likely to ridicule the upper classes. Dickens had little use for Queen Victoria, who was mostly indifferent to the plight of the poor. She was a fan of his books, but it’s said of her that she was more interested in the welfare of animals than suffering children. Several times she summoned Dickens to come read to her and he ignored her. The upper classes were always trying to get him to come to their social events. He felt they wanted to use him for his fame and he resisted their attempts. His friends were writers, artists, and actors.

What was his family life like and why was Dickens always worried about money? 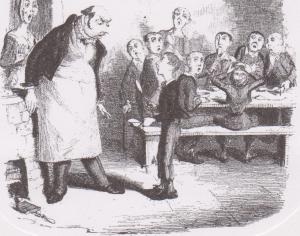 Dickens fathered ten children and separated from his wife after twenty years of marriage. His companion the last twelve years of his life was a young actress. He worried about money not only because of his impoverished childhood, but because his large family, including his parents and siblings, depended upon him for support.

Was Dickens charitable by nature?

Extremely. He gave generously and worked actively on behalf of many charities. He was a popular speaker and he donated his services as a keynote speaker to many organizations. Every day he received ‘begging letters” from people. He always answered them and often enclosed money. Even if he declined to send something, he knew the recipient could sell his signature for cash.

What did he think of America, which he visited several times?

Like many foreigners at that time, he considered most Americans to be crude and money hungry. He visited a southern plantation, curious to see slavery in action, and was repulsed by it. American publishers pirated his works, giving him nothing. Yet he was good friends with some of America’s greatest literary figures, including Washington Irving and Henry Wadsworth Longfellow.

When he died, how did the world react?

The whole world grieved. In London, mourners of every class filed past his coffin in Westminster Abby’s famed Poet’s Corner for two long days. Many placed flowers on it, from elaborate bouquets to bits of twig and vines tied with string.

Listen as Andrea talks about Dickens

Booklist, starred review
“Making no assumptions about her readers’ prior knowledge of Dickens, his novels, or the period, Andrea Warren writes in a clear, direct, vivid manner that brings it all to life.”

American Library Association
“An eye-opening gem and a fascinating book. Readers will find it both astonishing and captivating. Wonderfully researched.”

LISTEN TO ANDREA TALK ABOUT DICKENS