“I don’t share my story because I want your pity. I share it as a warning to help you realize what’s at stake—what it means to lose your freedom and your loved ones to a monster like Hitler. You need to understand that it could happen here.” 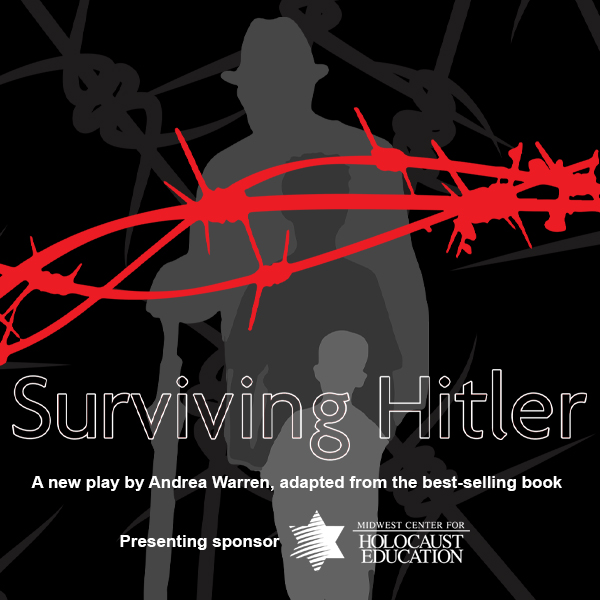 How do you turn a book into a play? I’d never seriously considered this until I was offered a commission from the White Theatre at the Jewish Community Center of Greater Kansas City to adapt my book “Surviving Hitler: A Boy in the Nazi Death Camps” for the stage. If the script was acceptable, the theatre would produce it.

I recognized this as a unique opportunity and, after some hesitation, I decided to try it. I had much to learn. For starters, the book focuses heavily on Jack’s internal journey as he struggles to survive. How could I adequately portray that on stage with only dialogue and body language? I couldn’t rely on facial expressions: anyone seated more than a few rows back wouldn’t be able to see them. 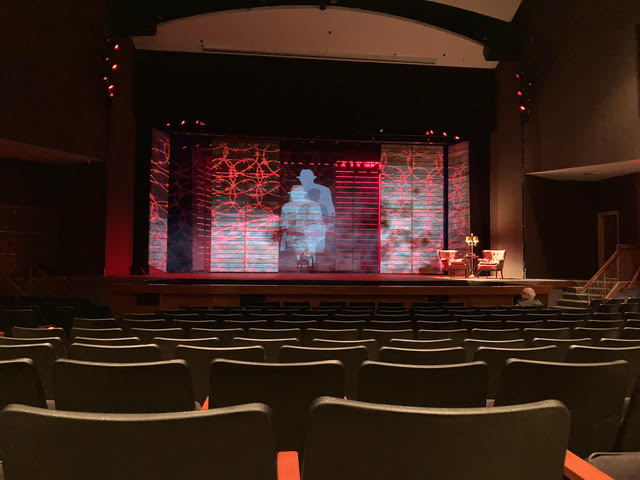 After countless false starts, the play gradually came together, until I had a rough script of a 90-minute one-act play titled Surviving Hitler. The theatre folks liked it and added the play to their performance calendar. Tim Bair, who’s well known and admired in the Kansas City theatre community, came aboard as the director, and he helped me identify places in the script that still needed attention. As I did more rewrites I continued to learn what makes a script work.

When Tim felt the script was ready, he gathered a group of actors for a table read. They were used to working on light-hearted productions, so a Holocaust play was a stretch. To my delight, they were not only moved by the story (two or three even shed tears), but several ended up being cast in the play. I found hearing my words read out loud to be very helpful, and afterwards I did more cutting, more refining, more searching for the perfect words to convey mood and feeling. 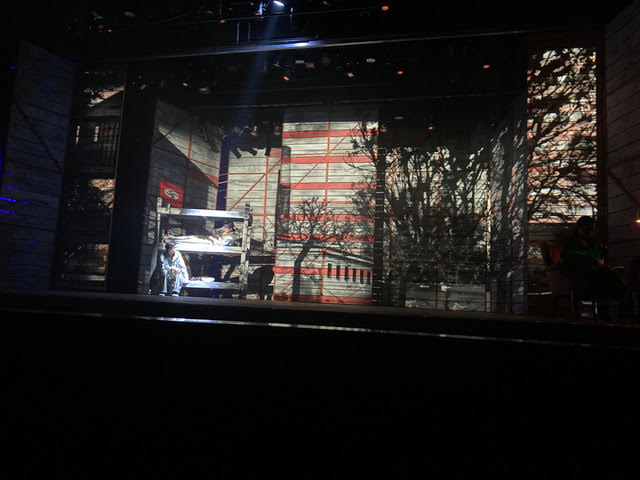 Jack and Aaron talking in their bunks

Next came actor tryouts and assembling the stage crew. Tim worked with them to decide on stage design, props, costumes, and music. Rehearsals began, advertising got under way, and a handout program was readied. We were scheduled for five performances in April 2022. 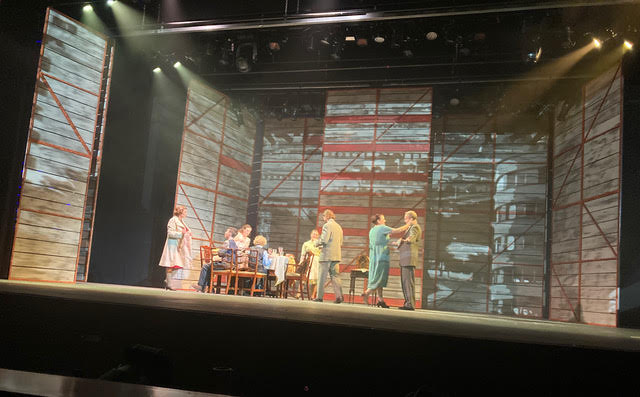 The family together in the Mandelbaum dining room

I was in touch with Jack about the play from the very beginning. He was interested in everything and served much like a consultant, reading various iterations of the script and offering his perspective. He wanted to come for the premiere, but he’s 95 now, and ultimately couldn’t travel because of health concerns—he was in Florida and the play was produced in Overland Park, Kansas, and Covid was still a threat. But he was very much with us in spirit. 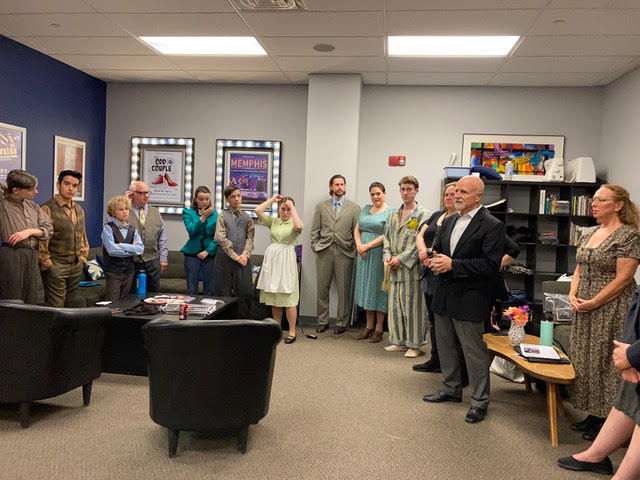 The cast gathers in the Green Room before the first production

In the play Jack is depicted by three actors at three ages: twelve to fifteen, sixteen to eighteen, and as a middle-aged man. Other actors played Jack’s family and the two good friends he made in the camps. A supporting group of actors portrayed townspeople, prisoners, camp guards and officers—some of them playing multiple roles. 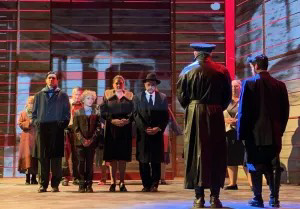 In a pivotal moment, the Nazis separate Jack from his family

As I sat in the audience for each production, I heard hushed sobs—especially near the end of the play—but also enthusiastic clapping and even cheering. And there were several times when the audience laughed, though while the play is hopeful, nobody would call it humorous. 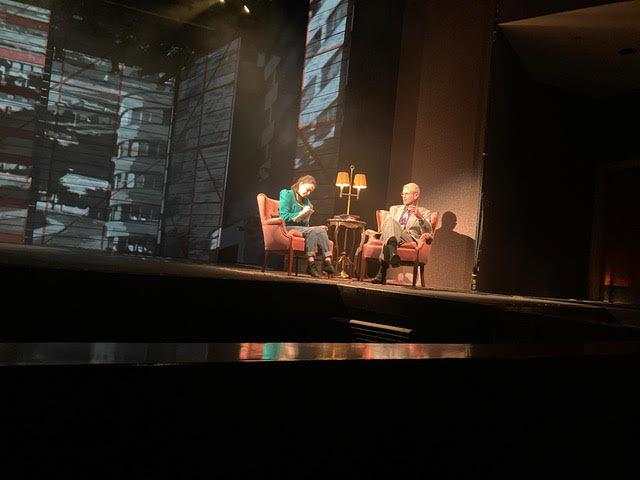 Older Jack with the Young Reporter interviewing him about his war experiences, which come to life on the stage behind them

A woman in her 90’s who saw it wrote me: “If I’d seen this play when I was young, I would never have forgotten it and I would have had a much greater understanding of both evil and courage. And what a powerful ending! I will never forget it.” Another note I received said: “This story is far more than history—it’s a call to action that leaves us with hope for humanity, if only we will heed its message.” 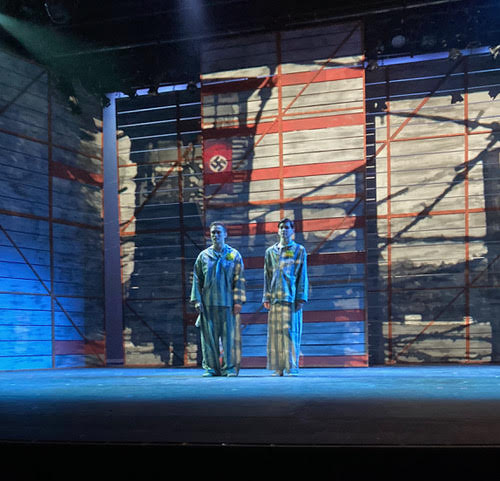 Moniek and Jack convince each other to keep going

If you’d like more information on the play, please reach out to me. It would pair very well with students reading the book, and if a school or other organization has no option to perform the play, it would work well as readers’ theatre. While it is a 90-minute one-act play, it also works well as a two-act play with an intermission, which is how a middle school in my area is going to present it. 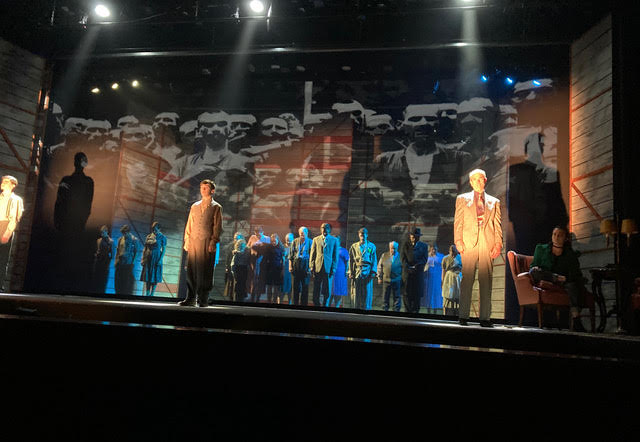 The entire cast appear on the stage at the end, including the three actors who have portrayed Jack

Significance of the Story

We all know that the Holocaust is a tough topic and many people avoid it. But Jack’s story is so compelling that readers and theatre-goers get caught up in it, and in so doing, they learn from it. To prevent another Holocaust, we have to understand what happened and why. We can’t look away—we have to see it. Only then can we recognize the signs and, if we are vigilant, stop it in time.