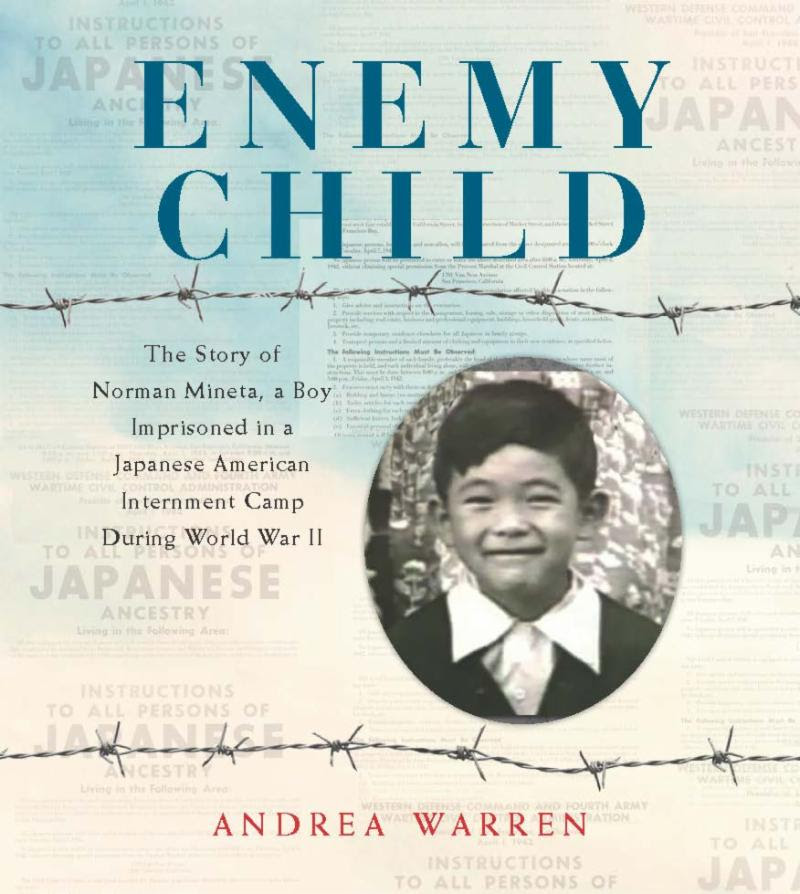 Twice in my book writing career a topic has found me. With the others, I have known what I wanted to write about, and then I began the search for just the right person whose personal story would help me explore a specific history: prairie pioneers, Nazi death camps, orphan trains, etc. While living in London for several months, I learned how Charles Dickens had crafted many of his novels to help change societal attitudes about the poor. When I learned what a difference this had made for street children, I knew I wanted to write about this by exploring Dickens’ own childhood.

The author and Norman Mineta

While re-searching my book about Buffalo Bill, I was working in the archives of the Buffalo Bill Museum of the West in Cody, Wyoming, when I learned that a new interpretive center had just opened at the nearby Heart Mountain War Relocation Center—one of the internment camps where Japanese Americans were imprisoned during World War II. 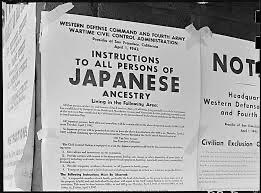 Curious, I went to visit and felt immediately that I wanted to write about this subject. While I was touring the interpretive center, I learned that Norman Mineta and his family had been there, and I knew at once that it was his story I wanted to tell. It took some effort to contact Norm and convince him to let me write about him and his experience. “Enemy Child” is the result.

In it, I tell the dramatic story of how Norm, then ten years old, was sent with his family to Heart Mountain War Relocation Center in Wyoming, where they lived in one room in a tar paper-covered barracks, without running water or privacy. They endured extreme weather conditions, dust storms, and poor food. Worst of all, they were prisoners behind barbed wire. 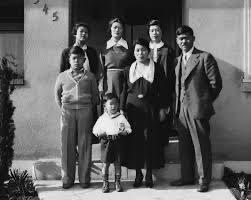 Norm, in the front, with his family

Norm never forgot this experience. He later entered politics and served ten terms in the House of Representatives, and then served in two presidential cabinets. Among his many achievements in Congress was helping to get legislation passed requiring the government to formally apologize to the Japanese American community for one of this country’s most egregious civil rights violations.

The internment camp and Heart Mountain

Enemy Child has a hundred photos, maps, and illustrations to help tell Norm’s story and that of all Japanese Americans. When you step into Norm’s shoes and take this journey with him, I hope you will learn what it is like to have your own government declare you an enemy, take away your rights, force you from your home, and imprison you—an experience far too many people in countries around the world are enduring at this very moment.

Why is this story important?

The facts of the American government forcing 120,000 West Coast Japanese Americans into prison camps during World War II because of the concern that they might aid enemy Japan is highly significant today. Who should be allowed into our country and whether certain minorities and/or religions from certain countries should be allowed into the US is a heated and divisive topic. We have much we can learn from what happened our Japanese Americans.

Were all Japanese Americans put into internment camps?

All were under scrutiny, but only the 120,000 (out of a total population of 150,000) who lived within 50 miles of the Pacific Ocean were imprisoned for fear that they might secretly assist Japan in an invasion of the West Coast.

Who is this book written for?

Readers of all ages, though I have as usual specifically targeted young readers and young adult readers. As I have with all my books, I tell the story from the perspective of a young protagonist. In this book it is Norman Mineta, a resident of San Jose, California, who was ten years old when the Japanese bombed Pearl Harbor.

Against this historical backdrop, what are some of the highlights of Norm’s experiences?

Some particular images that stand out include:

Interviewed in a Q&A hosted by the executive director of the Smithsonian’s National Museum of American History, Washington, DC.

★ With so many individual stories, only one absolute emerges from this historical period: a large segment of our population, whether U.S. citizens for first-generation Japanese people deprived of citizenship, were denied their constitutional and civil rights. Warren leaves much to ponder about our nation’s past and present, about ‘this beautiful tapestry that is America.’ —The Horn Book, starred review

With great sensitivity, Warren traces the experiences of former congressman Norman Mineta, whose family was forcibly relocated in 1942 during the WWII-era internment of Japanese-Americans. Interweaving historical background, various accounts, and Mineta’s first-person recollections, Warren skillfully illuminates what it felt like to be targeted and imprisoned. There are still too few books for youth about U.S. Japanese-American internment, and this affecting volume offers an essential view. —Publishers Weekly

Warren bases her narrative on interviews, as well as other primary and secondary resources, and although readers who have read other work on the internments camps will find much that is familiar, the Mineta family story offers particulars that do not emerge with such clarity in other accounts.—Bulletin of the Center for Children’s Books

Warren is brilliant in interweaving history with its impact on one boy. Enemy Child is an initiation into a dark period of American History. As a book for young adults, Warren assumes little or no prior knowledge of these events from the reader. Thus, as the story of Norman Mineta unfolds, so does its historical background. It is a powerful, poignant page-turning narrative of an American boy who was treated as a prisoner and reviled as an enemy because of his ancestry. But it is also a story of patriotism, honor, dignity and resilience from a family of immigrants who never, for one second, was disloyal to our country. VickiCobbsBlog.com

Hopeful, yet also a reminder that policies our government develops to “protect us” can also be shameful and grossly unfair. An important book and a great read, from a masterful historical storyteller. —Amazon Review by Pat McNees, author and journalist

Absolutely one of the most important stories for all Americans to know. A truly special book. —Steve Sheinkin, author of Bomb.

Articles and Interviews with Andrea Warren on the publication of “Enemy Child”: